As peony growers, we want to grow peonies for your special moments. International Women's day is one of these moments. On International Women's Day, we honour women as mothers, lovers, teachers and entrepreneurs. Of course, we celebrate this day with peonies, especially because two of our peonies are named after a memorable, strong woman. 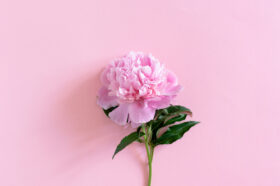 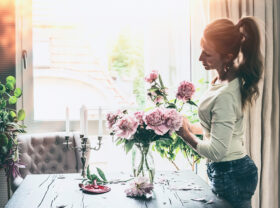 Protest to demand a voice

This holiday is the result of a protest that took place more than a hundred years ago. Russian women protested for the right to vote in 1913 and 1917. The protest of 1917 was one of the biggest protests the world has ever seen. Since that year, International Women’s Day has been a national holiday in Russia and has gone international since 1989.

The Russian protests were born out of a desire to give women, literally, a voice. An example of a woman with a powerful voice is Sarah Bernhardt: an ambitious and diverse actress. Two of our peonies were proudly named after her. For this holiday, we take a look into her life.

Most people don’t realise it, but after Jeanne d’Arc, Sarah Bernhardt is the most famous woman in French history. This actress had a daring preference for male roles. For example, she shone as Hamlet in Shakespeare’s iconic play. However, she wasn’t interested in men themselves: she was more fascinated by the male brain. Besides, she didn’t feel intimidated by men at all. When Oscar Wilde asked her if ‘she would mind his smoking’, she answered: “I don’t care if you burn”.

Sarah Bernhardt was not only a fantastic actress: she was also a model, writer, mother, businesswoman and a mistress. She didn’t just make art: she was art. Her work was an import part of her personality.

In the nineteenth century, France changed a lot: people became less divided as a result of collapsing borders between social groups and between men and women. Freedom became the next motto: freedom of action and speech. Sarah Bernhardt symbolizes this groundbreaking revolution.

In 1906, Sarah Bernhardt finally got honoured: a peony was named after her. The beautiful Sarah Bernhardt peony is the most famous peony in the world because of her personality. This sensual and cheerful peony immediately gives you a sense of spring. Her flowers have the same colour as peach blossom and are double-flowered: a rather big peony that stands out in your garden or in a bouquet.

Peonies in this story